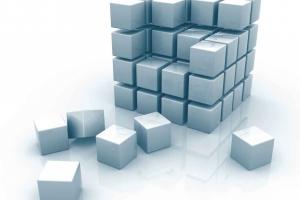 Drupal is an open source content management system used by big websites on the web. Their are thousands of Drupal developers all claiming they are capable of implementing the platform. Surely not all developers are the most experienced when it comes to Drupal. How do you tell the good from the bad?

What is the Drupal Developer's experience?

Find out how long he has been developing Drupal websites. He should be able to show a list of high quality, high profile drupal sites. Ask him to show you around in the backend of a site. Let him show of the capabilities of a drupal site. Ask them to give you a demo so you can try it out yourself.

Do they specialize in Drupal development or do they offer every content management system on the planet?

Agencies and developers with too many offerings means they aren't focused on world class offerings that add value for their clients. Agencies offering anything mostly dont know the best features of the system and will deliver something basic where you pay to much for.

If the agency focusses on drupal only then they know all the good stuff. They will give it to you at the same price. They will have the goodies as a part of their system.

They also will be able to give you any custom functionality you ask for but they wont reinvent the wheel. Focussed agencies will only resort to custom development if it is really necesary, where unfocussed ones will resort to custom development because they dont know it is already there. Resulting in you paying to much.You don't want to be paying them to learn how to use drupal.

Can they meet your needs now and in the future?

Drupal has thousands of add-on modules that can be added to the main core to perform certain functions. Ask the agency what add-on modules they typically use, which ones work as they are and which ones require modification. There's a good chance you will need to use a module or two in your site. If they can't demonstrate this ability it's likely you will have costly updates in the future. Every module has its issues, so check to see what customizations they've needed to make to fit a client's particular need and what modules they've created from scratch because they didn't exist.

How do I know if I'm going to get a good bang for my buck?

Picking up the expertise of CMS platform takes deep pockets and a ton of research and experimentation. It takes years to gain a firm understanding of the ins and outs of these complex software systems. Be leery of developers claiming the lowest rates. Their low rates seem attractive, but the lack of experience will cost you more in the long run in the form of bug fixes, timeline overruns and misalignment of objectives. Cover yourself by asking about their warranty period; what is covered and for how long.

Great post . I’ve been using Drupal for almost 2 years now and I really consider it to be on of the best solutions available when you need a powerful CMS.