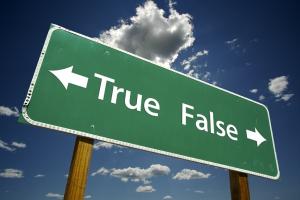 Drupal Is Not Secure

This is simply not true. Drupal.org has a dedicated security team monitoring all security problems in core and contributed modules. The fact that drupal is opensource makes it when well managed even more secure than closed source systems. Getting drupal secure is all about selecting the right implementation partner that knows how to take care of things.

Drupal is used by the Newyork Stock exchange which is the worlds thrid most highly ranked terorist target online. They are attacted by anything that exists out there. The rely on well implemented opensource drupal to be able to be on top of security.

Drupal Does Not Perform

Drupal powers one of the most traffic intense websites in the world. Drupal can deliver fast experiences but once again it has to be implemented correctly.

Drupal Does Not Scale

Scale drupal means scale your infrastructure. Just like any php application drupal can be scaled. Scale drupal means configuring drupal correctly to be able to take advantage of powerful systems that allow drupal to scale.

Drupal Is For Small Websites

Drupal Is For Big Websites

Drupal handles the big websites just like it does the small.

Drupal Is For Hobbyist

Drupal is very popular with hobbyists but don't be fooled. Drupal means business. Drupal is supported by mulitmillion dollar venture backend enterprises. More than thousands of high profile consultants are earning their fees with drupal constultancy.

There Is No Support For Drupal

Drupal development services are getting wider spread than ever before. As said already drupal is supported by large enterprises and is implemented by a lot of drupal shop around the world.

Then that something will need to convince thousands of webdevelopers to bet their carreers on that something and get them to contribute like they do on drupal.org. No other propriety system can keep up with the speed of improvement drupal is bringing to the table. There are not a great deal of projects that can say more than ten thousand developers are working for them, for FREE.

Because developers can contribute to something greater than themselves, and by doing so also improve themselves, by adding to their expertise and increasing their market value they will keep investing in drupal. If drupal gets better, they get better even in the long term. Opensource gives developers more than just carreer opportunities it gives them the opportunity to be part of something.

No other web opensource project is as successful as drupal. Drupal will become the most opensource webframework.

Don't fear the vendor lock in. A cms drupal will allow you to take it anywhere. You are not tied to anyone. Not happy leave to somebody else.

Some indeed are. But when building a professional drupal site you should listen to the pros who know how to pick a module.

Drupal Cms Is Just A Cms

Drupal is a cms out of the box but it can be installed as countless webapplications.

When digging into drupal to integrate it with other platforms it requires some skill but like any framework with a certain potential it needs a certain complexity to achieve its ambtious goals. Great flexibility comes with a bit of complexity.

Drupal development doesnt need to be expensive. Drupal development only becomes very expensive when extensive customization is needed. Drupal already delivers a lot out of the box by combining drupal modules and drupal distributions. Choosing the right party to devise your concept is critical.

Drupal Is A Great Product